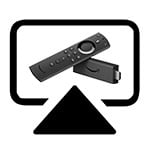 Screencasting and screen mirroring share videos, photos, and audio from one digital device to another. For this, we need some apps that can help to achieve the purpose of sharing easily.

With this screen mirroring technology, you can easily watch any video from your laptop to your television big screen, and for this, we need Airplay App. Before discussing the best airplay app for Firestick, let me tell you what it is Airplay App?

What is Airplay App?

Airplay app provides the service of screencasting and screen mirroring between apple devices and android devices. If you have iPhone or iMac and, on the other side you have an android tv device, then you need a third-party app for sharing the screen. These airplay apps allow you to cast a screen from your iPhone to your android firestick. Sharing videos, audio, and photos through the air is entirely encrypted, so there is no problem with security.

Why do We Need Airplay?

Previously there was no easy-to-share screen between Apple devices and android devices. Either you have iPhone, iPod, or iMac, you cannot mirror the screen with an android firestick. Then in 2010, Apple introduced a way to mirror apple devices with other screens by introducing the Airplay App. In 2018 its updated version came on the market by the name of Airplay 2. So through this app, one can securely cast the screen with an android device.

For Amazon users, it is very convenient now to cast or mirror screens as amazon firestick is an android device. By using the Airplay App, firestick users can cast the screen through their iPhones.

Now you have an idea about airplay apps; it’s a point where you should know about the best Airplay Apps you can have for your Firestick. Many apps can help you in casting a screen on your firestick television, but here we will discuss few best airplay apps. Let’s have a look at these apps.

Also, Read: How To Download Roku App On PC?

These are the best airplay apps for firestick.

If you don’t want to spend a penny and still need to mirror your Apple screen on a firestick TV, then the Airscreen app is one of the best options for you. Through this app, you can easily mirror the screen from your Apple screen. This also supports Google Cast, Miracast, Chromecast, etc. you can find this app in the Google play store, Apple store, etc. you just need to download this app from the google store, and you are ready to mirror your screen.

The most compatible airplay app on Amazon Firestick is AirplayMirror Receiver. It is one of the best apps that can help you casting screens from your iPhone, iPod, or iMac to your Fire TV. With this app, you can app you mirror the screen from four apple devices simultaneously. Videos, audios, photos, documents, whatever you want to cast a screen on tv, you can do with this app. It is not only good for mirroring screens; this app is also secure to use. The passcode will restrict unauthorized users from sharing videos or audio. So you can use AirPlayMirror Receiver without any worries.

The most popular airplay that is used to mirror your iPhone, iPad, or iMac screen on the big screen of your television is Airbuddy App. this app is available on the Amazon App store. You can have its free version from amazon sore, but it has limitations. Free Airbudy cannot playback up to 15 minutes continuously. For continuous playing, you need to buy a premium Airbuddy from the Amazon app store.  Either you get a free version or a premium version of Airbuddy; both are secure to use. It means it’s secure to mirror your apple screen to your firestick through the Airbuddy App.

Another well-reputed airplay app is AirBeamTV Mirroring that allows casting an Apple screen on your Amazon Fire TV or Firestick. By downloading this app, you can stream your favorite movies, series, or other videos on a TV screen from iPhone, iPod, or iMac. You don’t need any cable or other hardware to mirror your screen. You just need to download this app; you are ready to share your screen.

Here is another best airplay app that can help you watch your favorite videos from your iPhone or iMac on the fire tv. This is the most accessible tool in casting screens on amazon firestick. Whatever you want to watch from your iPhone, either a video, document, presentation, or even audio, will definitely help you. TV mirror can also cast screens on Chromecast, Smart TVs, Gaming consoles, Windows PC, etc., from the Apple device.

From the Amazon app store, you can download the AirMirror app. This is the most fantastic airplay app is available for mirroring the screen on amazon firestick. You just need to download this, and then you can cast the screen on the firestick that is connected to your tv. Without Connecting any additional hardware, this will mirror the videos from your iPhone or iPad to your fire tv. It is very secure to mirror the screen through this. This app will not allow mirroring the protected files in your iPhone, iMac, or iPad. Us this app and enjoy the movies and videos on the big screen of your tv.

Now it is very convenient to mirror the screen from iPhone or iPad to the android firestick through the airplay apps. This gives the facility of watching videos, photos, or any other document from your apple device on your tv.

As we all know that to mirror the videos from the apple devices was almost impossible for other devices. But now, the airplay app gives the way to mirror the screen. It is the only way to cast the screen of the iPhone on the fire tv stick.

The above-discussed airplay app is the top-ranking app that can help you in mirroring the screen. Some apps need to buy with money, and some are free of cost. Mostly free apps come with certain limitations, but still, these can be useful for you. Just go for these apps and enjoy the videos on your television.