Is Bluestacks Safe For PC? 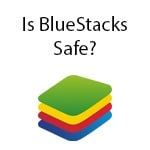 Bluestacks and its immense popularity need no introduction. Millions of users are using this Android emulator, and not a single day passes by when they don’t need this useful tool. BlueStacks has become a gateway for those who love using Android games, apps, and other utilities on their PC.

The most popular usage of Bluestacks, however, is for playing Android games on PC. You might have seen your friends playing PUBG on their PCs. This is possible because Bluestacks allows this inter-OS app connectivity.

Despite all of its popularity, many people are still concerned about how safe Bluestacks is? There have been some incidents in the past, which we will discuss here, and those incidents have questioned the integrity and security of this emulator.

Although the technical team ensures that Bluestacks remain bug and malware-free, one can still doubt how concrete these claims are. Let’s explore this blog and see what these security concerns are and how effective Bluestacks’ security is.

The Purpose of Bluestacks

For those who are still unaware of Bluestacks, let us explain.

Bluestacks is an Android emulator. An emulator is more like a cross-platform tool that allows you to use Android-specific apps on your Windows and Mac computers. Once you install Bluestacks, you create a semi-operating system inside your PC. It would be similar to operating an Android phone inside.

Samsung, AMD, Qualcomm, and Intel were the ones who developed this Bluestacks project. It helped run those apps on your PC that did not have any Windows or Mac version. For example, there is no Snapchat version for PC users, but with Bluestacks, people can now download and use Snapchat on their computers.

Bluestacks was one of the first Android emulators to have hit the market, and the response it received was pretty massive. As of now, more than 370 million people use Bluestacks to play their apps and games on the computer.

What Made Bluestacks Popular?

There are many other emulators available in the market. Many of them are great, but they don’t come near the number of users Bluestacks has. There are many reasons.

Firstly, Bluestacks had many exclusive features. It introduced multitasking which became a huge relief for the users. Moreover, the integrations of Twitch and other platforms made it easier to Stream content from Bluestacks.

Bluestacks also has an updated OS, and if we compare it with an Android phone, then this emulator is six times faster than your Samsung Galaxy S9+.

Another reason why Bluestacks is everyone’s choice is its regular updates. You get time-to-time bug fixes as well as regular monitoring. Bluestacks allow you to download more than 1.5M games and unlimited Android apps. But the question is if Bluestacks is Safe For PC? Check the details below.

Is Bluestacks Safe For PC?

Generally, the Bluestacks emulator is safe. The app itself has no issue.

Additionally, Bluestacks has another feature called “App Container” that doesn’t allow the app downloaded on the emulator to access the rest of your PC system. It makes your system secure under OS virtualization containers.

However, there are a few things you need to do while getting Bluestacks to ensure maximum protection.

Are you downloading Bluestacks officially? If not, then you might download malware that would harm your PC. The Bluestacks will only be safe for PC if you download the emulator officially. This emulator is free to download, so you don’t have to roam any place else. Mac users can get Bluestacks 4, and Windows users can download Bluestacks 5.

Just because an application is safe, it doesn’t mean the content inside would be safe too. When you open the Google Play Store, you will find many legitimate apps, but there would be many imposters inside, too, that could put your cybersecurity at risk. If you don’t pay attention while downloading such apps, you could lose your data.

Another thing that Bluestacks does is it asks you to disable your Windows protection or antivirus before installation. It might raise some eyebrows, but the software asks to do it temporarily, so it installs properly. You can turn back your security after Bluestacks is installed.

What Was The Big Security Incident About Bluestacks?

Bluestacks has always been a well-maintained app; however, a security researcher named Nick Cano warned Bluestacks about this major security flaw that could have risked millions of users’ data at risk.

This flaw would grant attackers the option to remotely execute malicious code on vulnerable codes and gain access. This event sparked a huge controversy, but luckily the developers took everything in control and released a patch soon after. As of now, there is no more major flaw in this emulator, thus, Bluestacks is very safe on PC.

What Security Features Does Bluestacks Provide?

Here are some features that Bluestacks provide to safeguard your PC and OS:

Bluestacks have the habit of regularly sending security patches to help counter any vulnerability inside the software. There have been major security fixes over time. The latest one was the release of a patch that would stop low-privilege system users from executing any code arbitrarily using admin privileges. This patch made Bluestacks prone to major hack attacks. Bluestacks also integrated DNS Rebinding to ensure there are no security loopholes left.

Bluestacks has explicitly stated that it doesn’t record any traceable data from the users. They only collect unidentifiable user information for better product delivery. It doesn’t forward or sell any important information to third parties. However, Bluestacks will warn you about apps like Facebook and Twitter that are notorious for accessing sensitive information.

Bluestacks doesn’t allow kids below the age of 13 to use its platform without their parents’ consent. If it finds an underage kid using Bluestacks, it blocks the user, revokes and deletes their data.

Bluestacks is popular due to many reasons. Security and high speed are the top reasons. It is legitimate and legal software that helps you enjoy your favorite Android apps and games on your PC. By taking some precautionary steps, you can easily avoid any major security risk.