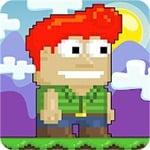 Let me tell you how introverted gamers spend their day. They keep themselves busy playing games, especially those violent ones.

Some of them are creative too. They yearn for building games instead of destroying ones. A game named Growtopia has become a top game for such gamers. It’s like a whole new world full of superheroes, wizards, doctors, space adventures, and many more.

Growtopia is a multiplayer sandbox video game that is played online with friends. Users can connect with each other through chat, do a co-op, and build worlds, and do daily trading for more fun.

What Are The Features Of The Growtopia App? 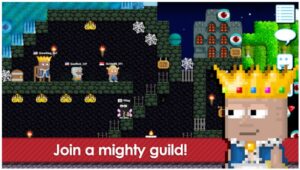 Let’s have a brief introduction to some features of Growtopia.

A gamer can build anything they desire. They can make huge castles, modern buildings, dark dungeons, or self-statues, or anything they want.

The player can transform themselves into an avatar –be a space cowboy or a rogue agent.

The Growtopia world contains lots of minigames. Play all of them to have extended thrills.

Play Growtopia online with friends and explore each other’s worlds for more adventures.

Making an account on the Growtopia game will let the user enjoy the same game on different devices, enabling them to play on cross-platforms.

Following are the ways in which the gamers can download the Growtopia game on PC or other devices.

The Growtopia game can be downloaded on android phones and tabs as well as iPhones and iPods.

To get Growtopia on Android:

To get Growtopia on iOS:

Getting The Growtopia For Mac Version

The Growtopia game is also available in its Beta version on macOS. To get Growtopia on Mac, follow the steps:

Alternative Way To Run Growtopia On PC Using An Emulator

Now the thing is that the Growtopia game is not available as a full version on Windows. Some gamers prefer the original full Growtopia version instead of the Beta one. There is a simple solution to get the full Growtopia for PC, Windows, and Mac, which is by using an Android Emulator.

An android emulator will mimic an Android OS on the PC or laptop so that the user can download and enjoy any android app and game on the PC. One of the best emulators for such games is the MEmu Play Emulator.

The MEmu play emulator gives huge support to the PC for such games, with advanced controls, controlled virtualization, a bigger and wider screen, and multi-tasking in real-time.

Ubisoft has been the owner of Growtopia since 2017.

Enter a unique world’s name, and a simple world with mere rocks, dirt, and lava will show.

Yes, either download the Growtopia Beta version or opt for an emulator to get a full Growtopia version on PC.

The Growtopia is the epitome of creativity. Those who have a taste for creating worlds will find this game quite interesting. I must warn you that Growtopia is addictive as creation has no limits. The mini-games inside this video game also develop more interest for the gamers. So overall, Growtopia is an excellent choice to kill time.