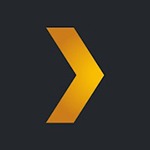 What do people love to watch on Netflix or other similar applications? – The wide range of movies and epic TV series.

But there is a big issue with these streaming applications –there is no option to play local media stored on the PC. So what if there is an application that lets its users stream movies, add their local media, watch photos and videos, listen to music and podcasts, tune into live TV channels, and read the news? WOW!

The app in review today is called the Plex app and it has all these features, and the surprising factor is that it gives its subscribers a taste of free features.

What Is Plex All About?

Plex is a new multi-tasking platform that works two ways –it provides endless streaming services, and it also acts as a local media player.

Keith Valory and his team came up with an idea to develop an application that does everything or runs over any device. Funny that the other team members came up with ideas like adding photos, news, streaming, and other entertainment stuff. They all agreed to include all those features into a single app and make it a big scale.

The developers of the Plex app worked hard to make it compatible with many devices. Now, Plex is available on more than 20 digital devices, which include Smartphones, Smart TVs, gaming consoles, computers, and home accessories like Amazon Alexa.

Wait, it doesn’t stop here. Plex has its media servers, routers, network-attached storage, and mobile storage. A user can access Plex using these devices too.

Features of The Plex for PC 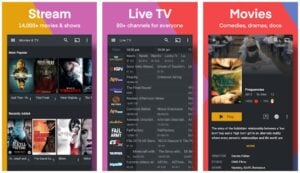 Detailed insight into all the Plex app features:

The Plex media playing interface is adorable and attractive. It gives a better look at local movies and pictures. It’s not limited to just beauty; the audience gets to have more advanced controls where they can change the aspect ratio, cast the movie to the TV, and add descriptions to the film with a fantastic poster. Whether it’s a movie or some audio, Plex gives a sophisticated playback.

What if the audience wants to see the movies on another device? People like to finish their films even if they have to switch from TV to mobile. Considering the case, the Plex app has developed its media library. After downloading the Plex app on any compatible device, just sign into the library, and the user-specific media library will appear soon after. Its developers guarantee plex’s security as they claim to use HQ SSL certificates for Plex media servers.

Plex provides endless movie and TV streaming for its users. Be it any genre or year, Plex will offer it to its audience. These are not just some movies; Plex provides free streaming for thousands of TV series and films from all over the globe. These movies will come with subtitles and different language dubs.

Plex is heaven for those who love to do photography while listening to their favorite songs. This app also displays pictures. Not only its display, but the user can share it with others, and Plex gives the option to create a user-specific photo gallery. The gallery can be shared with friends and family.

The Plex application is highly diverse. The developers of Plex have worked days and nights to make it available for most of the devices.

Plex is also compatible with running on computers, so it has a Windows and Linux software version for PC users.

A few sneak peeks of Plex’s pros, and cons are mentioned below.

There are two options – the Plex Windows and the live TV versions.

In order to download Plex for Windows & Mac, you can also open your Safari web browser or Google Chrome and then watch from the link provided above.

Otherwise, you can also install Plex on your Mac. But this requires you to have third-party software installed on your machine. To install it, simply follow the procedure below.

What does the Plex App do?

Yes, most of the Plex app features are free for the audience.

Can I safely install it on my laptop or computer?

Yes, as long as you download the official installer of the Plex app for PC or Mac, then you’ll have no problems. Downloading it from an emulator is also safe.

Plex for PC is a great free app that provides lots of fun, entertainment, and information to its users. Replace the local media player with Plex and enjoy.